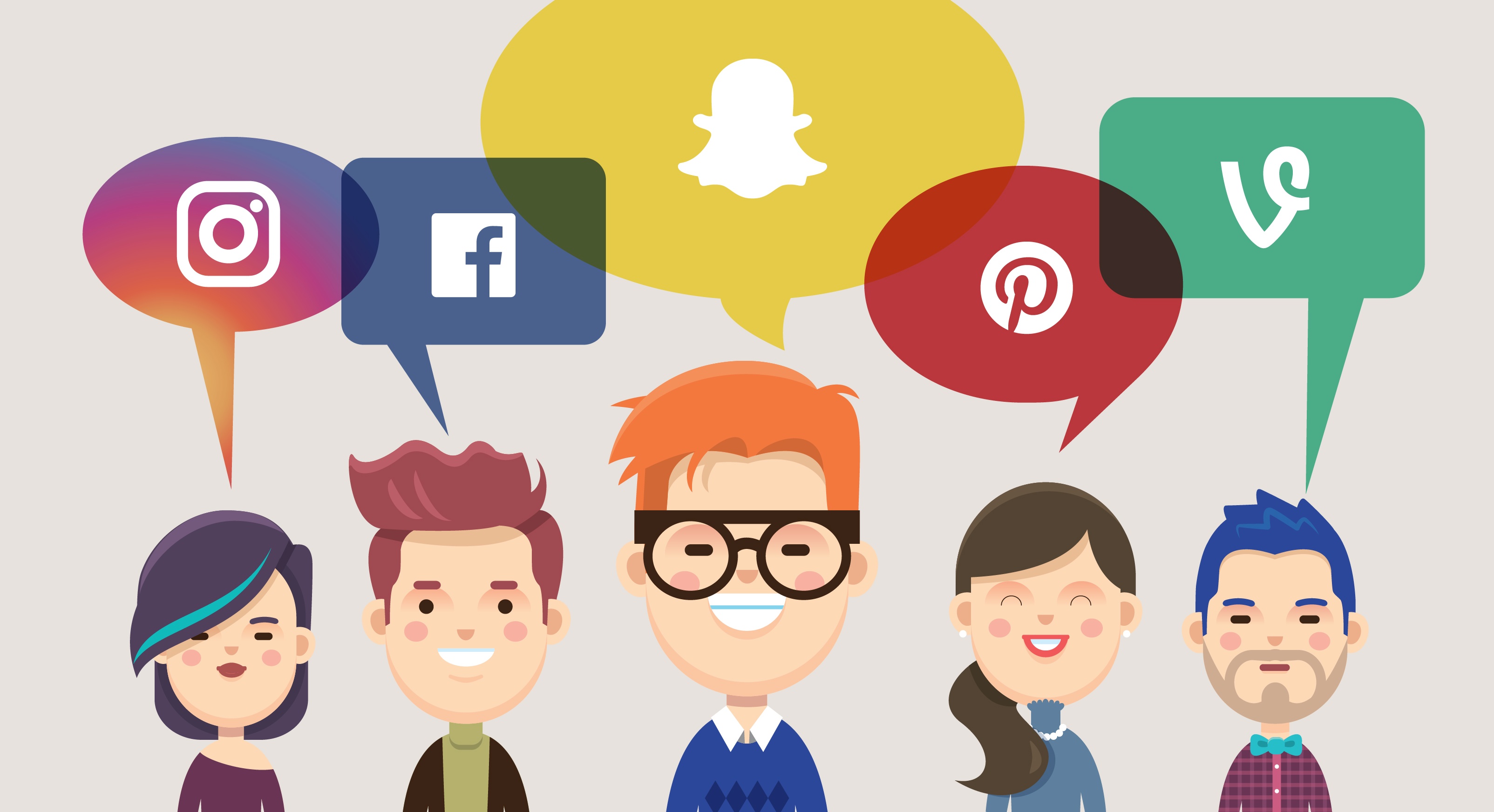 If there’s one thing you can say about 2016, it’s that it will be a year for the history books. The XXXI Olympics. Zika. Brexit. Terror attacks. Losses of beloved cultural icons. The US election. It’s been a wild ride. No, scratch that. Let’s call it for what it was: a sh*tstorm.

Of course, amidst all the chaos, regular life kept on keeping on, and so did the marketing world. Ads were made. Videos were shared. Tweets were retweeted. Logos were updated. Websites were launched. Products were bought. Some of it was even memorable.

So what was noteworthy about social marketing in 2016?

In August, Instagram launched their new Stories feature. It was either inevitable or a blatant Snapchat rip-off, depending who you ask. Well, okay, it’s a rip-off no matter who you ask—including Instagram’s CEO, Kevin Systrom, who when asked about the similarities to Snapchat responded, “Totally. They deserve all the credit.”

Systrom went on to elaborate that it wasn’t about who invented something, but about putting a unique spin on a format. Just like how Facebook invented the “feed” and though it was adopted by Twitter, LinkedIn, and Instagram, it feels different on each platform.

Since August, Instagram has sought to further differentiate themselves from Snapchat with the introduction of Boomerang, mentions, links, and most recently, live video. Announced on November 21, live video allows Instagram users to “go live” for up to an hour. When you’re done, the live video disappears from the app.

Whatever your opinion about the update, Stories has been incontestably successful. Over 100 million users post to Stories every day—nearly one fifth of the app’s monthly active user base.

In another step toward making livestreaming your life a mainstream behavior, Facebook introduced Facebook Live. Launched for public figures in 2015, Facebook Live was launched for general users on April 6th of this year.

“Going live” allows users to broadcast live video directly from their phone. Users have the option to curate who sees their broadcast by going live in Facebook Groups or Facebook Events, or to broadcast to their general News Feed. Schedule a live event in advance or broadcast spontaneously to capture a moment in real time.

Launching Facebook Live is yet another extension of Facebook’s general movement toward immersive visual content. An executive at the company has gone on record stating that the platform will be all visual, no text within five years.

We’re far from approaching the end of the written word, but there’s no doubt that Facebook Live is further evidence of seismic shifts in the way people share, consume, and cover breaking news. Coverage of current global events now happens on social media with an immediacy that surpasses the scope of any traditional news network. For example, the Facebook Live Map allows users to browse broadcasts happening all over the world.

Perhaps feeling a wee bit threatened by the success of unabashed copycat Instagram Stories, Snapchat decided to up their game with a new piece of innovation: Snapchat Spectacles.

Over the past couple weeks, Snapchat has been distributing their new gadget to brands and agencies known for embracing innovation. So far, reception appears to be positive.

Snapchat Spectacles allow users to record 10-second videos from the POV of the wearer. The videos take full advantage of the range of the circular lens and can be viewed both horizontally and vertically—even showing up in a new circular format when uploaded to other platforms.

A representative said of Spectacles, “Not only are [they] fun, but they are functional — they give us the opportunity to tell stories in a completely new and unique format, especially in first-person point of view.”

So, what do you think? Do Spectacles have staying power, or will they go the way of Google Glass? Snapchat was the first platform to popularize vertical video, so anything is possible.

Long the most shopping focused of the major social platforms, with 93% of users using the platform to plan purchases, in 2016 Pinterest doubled down on e-commerce potential by adding a number of new e-commerce and visual search features under the umbrella of “Shopping with Pinterest.”

Extending buyable pins from the iOS and Android apps to desktop was the first priority of Shopping with Pinterest. Also included in the new fleet of e-commerce features is a shopping cart linked to a user’s Pinterest account that transfers between phone, computer, and tablet; merchant profiles with buyable pins; and two new dynamic search tools, automatic detection and camera search.

“Shopping with Pinterest” reflects larger changes in the way consumers discover, shop, and buy products online.Automatic detection enables a user to identify a product within a pin, while camera search allows consumers to get product recommendations based on an IRL photo snapped with their phone.

Read More:
Power Up Your Social Commerce Strategy With These 4 Pinterest Features

As the competition between Snapchat and Instagram Stories discussed throughout this post indicates, social media is a competitive marketplace. Just because you did something first doesn’t mean you will continue to do it best. No one learned this lesson in 2016 harder than Vine, who announced in late October that it would discontinue its mobile app service in the coming months.

There was a public uproar following the announcement—an outpouring of nostalgia for the 6-second video app—but the hype has since died down and become nothing more than fodder for the occasional wry joke about yet another precious thing corrupted by 2016.

It just goes to show how crucial reinvention is to stay competitive in today’s marketplace. Brands have to be agile, flexible, forward-thinking, and keep a finger on the pulse on consumer behavior at all times. If you take even a second to rest on your laurels, you can bet a start-up will soon come along to whisk them out from under you.

Social media got involved in politics and world events in a big way in 2016. 100k more people tuned in to the Twitter live stream of the 3rd US presidential debate than they did the preceding Thursday Night Football game.

The election also shed a spotlight on the problem with the rampant spreading of fake news on social media. BuzzFeed News reported that the top 20 fake election news articles received over 1 million more shares, reactions, and comments on Facebook than the top 20 election stories from major news outlets.

Between October 29 and 31, more than 1.5 million people checked in at Standing Rock on Facebook to support the Sioux tribe’s protest against construction of the Dakota Access Pipeline.

For the past few years, social platforms have been used to increase accountability of officers involved in police shootings. Such was the case for the shooting of Philando Castile, which garnered high-profile national attention in part due to the aftermath being streamed on Facebook Live.

On the cusp of a major political transition here in America, it will be interesting to see how social media will be used in new ways to engage, inform, and organize people in 2017.

Stay Current
No matter how social marketing continues to change, Imagewërks will be here to bring it all together with the marketing context to keep your business on the leading edge.

Download our Social Media Toolkit below for a jumpstart in the right direction.

Take a look at the ideas that make all our werk possible.